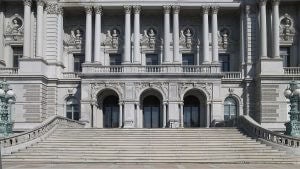 For decades, Martzell, Bickford, & Centola has represented both individuals and members of the legal profession in legal malpractice cases. We are well-recognized and have an excellent reputation in managing legal malpractice disputes. A New Orleans legal malpractice attorney from our firm can make you feel safe and confident about our ability to bring you the results you require.

If a complaint was lodged against you with the Judicial Commission or the Office of Disciplinary Counsel, we can help protect your legal rights. We represent legal professionals who become the subject of such legal malpractice lawsuits for breaches in ethics, unprofessional conduct, and conduct unbecoming of a judicial member. Your cooperation is vital especially during the investigation as failure to do so could lead to more charges.

We represent individuals as well as organizations who have been harmed as a result of legal malpractice. No one is above the law, and that includes lawyers. As such, we firmly believe that if a lawyer has been seriously remiss of his legal duties and obligations to you as his client, then you have the legal right to file a legal malpractice lawsuit against this lawyer. At Martzell, Bickford, & Centola, we listen and deliver on your need for quality representation.

For any questions about how we can serve you in your legal malpractice dispute, you can get in touch with us at (504) 581-9065 and ask Martzell, Bickford, & Centola for a free initial consultation. We also provide off-site appointments to clients who may not be able to visit us in our office in the Warehouse District of New Orleans. We have dedicated many decades of our existence helping clients get through the challenges of having to live with injuries or a complicated legal issue.