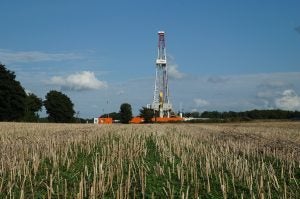 Landowners can sometimes see themselves facing up against big corporations for two different, albeit related, reasons. One is in oil and gas explorations, drilling, and production while the other one is in environmental contamination both of which will often involve their lands. In either case, you should contact a New Orleans environmental lawyer.

In the first case, oil and gas laws will have to be considered especially in the determination and establishment of oil and gas ownership rights especially before its discovery and after its capture. In the second case, environmental laws may have to be studied in relation to the action of certain companies that dump toxic and hazardous wastes that contaminate the soil and water of a particular parcel of land.

In both instances, the landowner will often be embroiled in a legal battle with industry giants. As such, they will require the legal expertise of the oil, gas, and environmental lawyers at Martzell, Bickford, & Centola to get them the justice that they require.

A Look at Oil and Gas Laws

Unlike other countries, oil and gas fields in the United States are primarily owned by the person who owns the land. Each state across the United States has their own oil and gas laws that provide the basis for the establishment of oil and gas ownership. Typically, whoever owns a parcel of land owns everything that is found underneath it so long as it does not cross the borders as defined by the perimeter of the property. So, if gas and oil is discovered in a parcel of land, whoever owns the land also owns the minerals – oil and gas – found underneath.

Unfortunately, minerals are not only found in one area of the subsurface layer. In most instances, these rich underground fields of oil and gas can spread hundreds of miles. This means that it is possible for another individual or corporation to drill oil or gas in his property yet draw some of the oil or gas from another property. These minerals are generally governed by the laws of physics whereby a net movement of substances can occur from an area of higher concentration to an area of lower concentration. Hence, if the owner decides to drill and capture as much oil and gas located underneath his property, it is possible that the amount of minerals being drawn are now coming from other areas outside the boundaries of the property.

In like manner, if an oil company decides to put up oil drilling operations near a property, then owing to the greater efficiency of its drilling equipment, this company can essentially draw minerals from adjoining properties. But since the drilling itself is done inside the company's land – whether owned or leased – they retain ownership of the oil or gas. This is what the Law of Capture provides.

And this is where some of the problems arise. If a big company drills near smaller individually-owned oil and gas drilling operations, these individuals can cry foul because much of the minerals will be naturally drawn by the larger and more high-tech drilling equipment of big companies. This pertains to the Correlative Rights Doctrine and as such states have put a limit to how much minerals can be drilled on one particular parcel of land.

Some landowners would therefore lease their properties to big oil and gas corporations. In such instances, the terms of the lease including payments and any specific Pugh clause must be clearly spelled out in the contract. Typically, payments can be in the form of rental fees, royalties, or bonuses often depending on what the parties have agreed upon.

A Look at Environmental Laws

Environmental laws in the US generally address the impact of human activities on the natural environment as well as human health. Specifically, environmental protection laws are geared towards addressing the impact of pollution of all types. As all living things are naturally dependent on clean air, clean water, and clean sand, any activity that endangers this delicate balance is considered a violation of environmental laws.

Many landowners face the grim reality of having properties that are being slowly contaminated by big corporations, for example, oil and gas companies. These companies use a variety of substances in their drilling operations which produce toxic or harmful byproducts. Some companies provide a very efficient way of managing their wastes to reduce its impact on the environment. However, there are also companies who are remiss in their obligations not to harm the environment through their operations. It is also possible that accidents can occur in these oil and gas platforms as well as other manufacturing and industrial facilities. When accidents do occur, the toxic or harmful waste products contaminate the soil, the air, and the water surrounding the facility.

Landowners near these facilities can find themselves unable to grow crops or that their water has suddenly turned very acidic that it is no longer fit for consumption. Health problems, especially skin and respiratory tract infections, can develop over a period of time. All of these can be tied to the effect of human industrial activities.

Seeking the Assistance of Oil, Gas, and Environmental Attorneys

There are many legal implications of oil, gas, and environmental laws to landowners simply because their property is involved. It is therefore very important to choose lawyers who do not only have the experience but also the courage and tenacity to fight for your rights against oil and gas corporations.

If you need assistance in matters of mineral servitude as well as the development of mineral lease agreements and asserting your rights in these agreements, then our oil and gas lawyers at Martzell, Bickford, & Centola will be more than happy to oblige.

In each of these situations, our team of lawyers will provide free initial consultation so that we can develop a better understanding of your situation. At Martzell, Bickford, & Centola, we live to serve you.