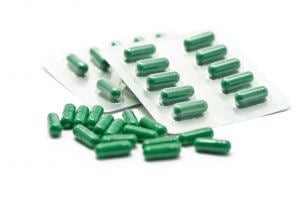 Last week, the Washington Post reported that three Indian tribes in South Dakota have filed a lawsuit against the nation's top opioid manufacturer. According to the report, the tribes accused the manufacturer of concealing and minimizing the risk of opioid addiction in tribal communities. These same communities have suffered deeply as a result. At this current time, an opioid epidemic has been devastating the US. Over 20,000 Americans died from opioid overdose and the number of deaths in tribal communities is particularly large. Among Native Americans, the percentage of death to overdose is also the highest per capita.

In response to the opioid epidemic plaguing America, the U.S. Department of Health and Human Services has focused its efforts on improving access to recovery services for opioid addiction, including the promotion of overdose-reversing drugs. There is also a focus on educating the public about the dangers of opioid addiction and overdose. Finally, advancing better, alternative pain management practices is another method being used to help the public. The South Dakota tribes have also focused on trying to help reduce the devastation of opioid addiction among the tribal communities. With 1 out of every 10 Native American youth ages 12 and older having already taken pain medication for something other than pain, tribe leaders are doing their best to educate their youth appropriately. This includes discussing the risks and dangers of taking opioids. This increased knowledge and education could potentially lower the risk of adolescents becoming addicted to opioids.

Opioid addiction can potentially ruin people's lives due to financial instability, increased medical problems, and mental health issues. Addicts are susceptible to overdose and can die as a result. The lawyers behind the South Dakota Indian tribe lawsuit suspect that the opioid issue among the tribes has affected all nine tribes, rather than the three that filed the lawsuit. If this is the case, it may be possible that the nation's overdone statistics might be much larger than originally stated. If you've been injured or are seeking compensation for opioid addiction, contact the lawyers at Martzell, Bickford & Centola. Our compassionate lawyers have experience dealing with opioid addiction cases and will do their best to get you the justice you deserve.