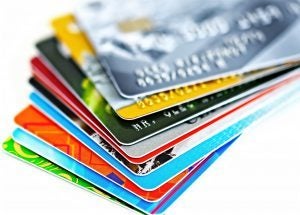 Martzell, Bickford & Centola has filed numerous class action lawsuits against healthcare providers throughout the state for their “Balance Billing” practices. “Balance Billing” is a policy of not submitting an injured patient's claim to his or her health insurance company but rather illegally billing the patient directly for an increased rate.

Jim is an insured patient and ends up getting in a car wreck. He goes to the hospital to seek medical attention for injuries and he receives treatment. Since Jim is insured, the hospital and his insurer have a contract to accept discounted rates for Jim's treatment. This discounted rate is known as the contracted reimbursement rate.

In this example, let's assume that the hospital decided to give Jim an x-ray. Normally, if Jim didn't have insurance, he would have to pay the full-undiscounted billing rate of $1000. However, since the hospital has a contract and an agreement with Jim's insurance company, the hospital has to accept the lower billing amount of $700.

On the other hand, when an insured patient like Jim is involved in a car wreck, the hospital has a policy not to accept the contracted lower reimbursement rate. Instead, Jim is billed for the entire amount of the x-ray ($1000) even though he is insured. The hospital does this through the use of a lien letter, which is sent to either Jim or his attorney. Through the lien letter, the hospital states that it seeks the full, undercounted billing rate for the medical services that it provided to Jim.

Healthcare providers throughout Louisiana have implemented this balance billing policy, overbilling thousands of patients like Jim. These patients are typically unaware that the hospitals are essentially charging them for more money than they should be paying. This is illegal.

On the heels of our recent victory at the Louisiana Supreme Court, wherein Louisiana's highest court held that the class action procedure is the best method to prosecute balance billing lawsuits, the attorneys at Martzell, Bickford & Centola will continue to fight on behalf of those insureds who have been injured by these hospitals' predatory billing practices.

If you think that you or someone you know has been the victim of a balance billing practice by any hospital in Louisiana, please call Larry J. Centola, III or Jason Z. Landry at (504) 581-9065.