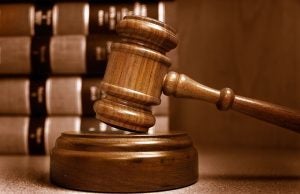 Martzell, Bickford & Centola client, Plaquemines Parish, to ask the court to set its matter for trial.

According to a recent article on NOLA.com, BP must complete its payments by August 26 to local governments that have accepted settlement terms for losses experienced as a result of the 2010 Deepwater Horizon disaster, as ordered by a federal judge on July 27.

A list of local settlements have been approved in Louisiana, totaling in at $240.1 million. However, Plaquemines Parish and the Town of Jean Lafitte refused settlements. They were offered too little when compared to the damages that came from the spill.

"The (settlement) recommendations in the parish's case didn't cover the parish's administrative costs of dealing with the spill, much less any other damages," said Scott Bickford to NOLA.com."The claims of the parish are much different from those of other municipalities, however, the 'neutral's' damage model didn't seem to accommodate those types of claims," Bickford said. "The parish, which is the epicenter of the spill, has waited for five years while its shoreline erodes and the island that was Cat Island, inundated by BP oil and one of the state's largest brown pelican reserves, has become a pile of rocks barely visible," Bickford said.

Plaquemines Parish will ask the court to set its matter for trial and hopes to have further conversations with BP.