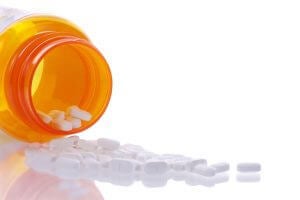 Companies making and distributing opioid painkillers opposed a proposal to separate lawsuits filed on behalf of addicted babies from local governments' cases aimed at recouping costs of battling the public-health crisis spawned by the drugs.

Attorneys for thousands of babies born to opioid addicts asked a panel of federal judges Thursday to carve their cases out of more than 1,400 suits consolidated before an Ohio judge. The suits, filed by U.S. cities and counties, seek billions of dollars in reimbursement for treatment and policing costs. Drugmakers, such as Purdue Pharma LP and Johnson & Johnson, along with distributors such as McKesson Corp. and Cardinal Health Inc., say the move is unnecessary.

“We think these cases should stay'' before U.S. District Judge Dan Polster in Cleveland, Angela Vicari, a lawyer for opioid makers, told the panel, which met in federal court in Manhattan. That would promote efficiency in handling the claims, she added.
The proposal to split the cases off was met with some skepticism from the head of the panel.
Setting up an independent case for children of addicts would “create even more complexity'' in Polster's efforts to address problems created by the opioid epidemic, said U.S. District Judge Sarah Vance of Louisiana. She chairs the panel that oversees multi-district litigation across the country. “This seems more like a case-management issue.''

With the cases collected for pretrial proceedings before Polster, the parties have been quietly engaged in settlement talks. But the companies have pushed back on the plaintiffs' demands, hoping to defeat the suits in the early stages to hold down the cost of any global accord. Polster has been pushing for a deal by year's end.

The babies' lawyers acknowledge they are trying an end-run around Polster, who has denied their request to sunder their cases from the governments' claims. They complain they aren't being included in settlement talks.
“These babies claims have been warehoused'' in the Cleveland case, said Scott Bickford, a Louisiana-based lawyer for the addicted children. “We just want a voice'' for debilitated plaintiffs who need immediate attention to overcome their issues, he said.
Opioid addiction can cause birth defects and affect children's growth, Jonathan Shapiro, an attorney for the charitable group March of Dimes, noted in a court filing in the case. Such babies also are more prone to respiratory problems and seizures, he added. The group is backing the request for a separate case-consolidation.

Booth Goodwin, a West Virginia lawyer representing an opioid-addicted child, said the group wants to gather the cases in his home state's federal courts. Goodwin is a former U.S. Attorney for southern West Virginia and his father is a federal judge in Charleston, the state's capital.