Opioid Epidemic Cost U.S $1 Trillion and is Expected to Rise 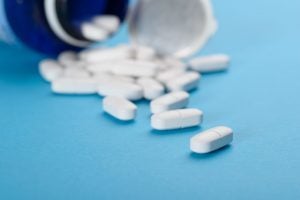 A report by Altarum examined the Centers for Disease Control and Prevention (CDC)'s mortality data through June of 2017. The report concluded that the opioid epidemic plaguing the U.S. has cost the country more than a trillion dollars since 2001 and may increase by another $500 billion over the next three years. According to Altarum, the largest financial loss to the opioid epidemic comes from employers who are losing earnings and productivity. The epidemic is also contributing to lost tax revenue on the local, state, and federal level due to early deaths and substance abuse disorders.

More young people are being affected as they begin to abuse other opioids, including fentanyl and heroin. Due to this increased use, the cost of the opioid epidemic is expected to increase as well as the amount of injuries or fatalities caused by opioid use. Health care expenses are also linked to the increase of cost and the costs usually come from emergency room visits, ambulance costs and the use of naloxone, a drug used to stop an opioid overdose. The opioid epidemic also contributes to a deep emotional cost to families who have a family member addicted to opioids. People who are addicted to opioids can bring grief to their family should they be injured or die due to drug overdose. Entire communities continue to be devastated by this epidemic.

What Are We Doing About It?

The epidemic has given rise to government programs hoping to educate the public about the dangers of opioid abuse. One reason the opioid epidemic has risen is due to the overprescription of pain killers. Doctors and other medical practitioners are attempting to combat this by finding alternatives to opioids for pain management. In addition, there is additional research being done to minimize the use of invasive surgery to reduce the severity a pain a recovering patient will feel. Some states are attempting to fight the rise of heroin use by using methadone clinics to help young people wean off the drug.

If you've been injured due to prescription drug use or due to medical malpractice, don't hesitate and contact a lawyer as soon as possible. Symptoms of issues caused by prescription drug use could manifest later in your life, so it's good to collect evidence and keep your case up to date. The lawyers at Martzell, Bickford, and Centola will work to get you the money you need to pay for your injury costs.