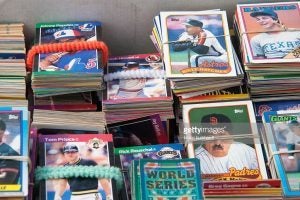 Martzell, Bickford & Centola and Roche & Company, LLC filed a Class Action against Panini America, Inc. for unfulfilled redemption cards. Michael D. Roche, a New Orleans attorney and longtime collector and seller of sports cards and memorabilia, approached Martzell, Bickford & Centola requesting our assistance in filing a class action lawsuit against Panini America. Roche expressed frustration over the practices and lack of customer service or support in connection with Panini's failure to timely provide autographed cards to consumers after obtaining “redemption cards”, which must be entered on Panini's site where a period of 4 or 8 months for delivery is selected.  Panini guarantees that if the actual card is not available within that timeframe, it will deliver a “comparable” card in in its place.  Mr. Roche advised that he knew of collectors with numerous open redemptions, some as old as 2 years, who never received a so called “comparable card.”  Further, if a “comparable card” is sent, it is rarely anywhere near the value of the actual card the consumer expected to receive.

Our firm acquired a fuller understanding of these impermissible actions by Panini under the Texas Deceptive Trade Practices Act, as well as other state tort principles, after traveling to Dallas, where Mr. Roche and Mr. Centola met with the named class representative, Kevin Brashear, and took a trip to a local card shop where they spoke to the owners about redemption issues and the lack of Panini customer support.  Shortly thereafter, a demand letter with a draft of the class action lawsuit was delivered to Panini.  Panini hired a law firm to respond to the letter, but no resolution was achieved. On January 25, 2019, a 48-page complaint was filed on behalf of Kevin Brashear, and the putative class of Plaintiffs he represents, against Panini for its repetitious behavior of inflicting harm on consumers, primarily through its redemption process.

We continue to be pleased and flattered by the overwhelming support that has been shown throughout the sports collection industry in media outlets, news articles and online forums, as well as through the numerous individuals that have already reached out to us to share their stories and displeasure with Panini.  We welcome anyone who wishes to share their experiences in the like to contact Lawrence Centola at 504-581-9065 or fill out a free consultaion.