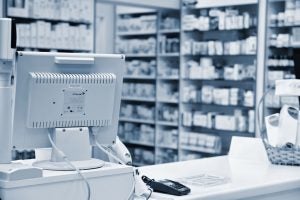 In October of last year, President Trump ordered that the opioid epidemic currently raging across our nation be declared a public health emergency. The president also signed orders that gave states more flexibility to combat the opioid epidemic with federal funding. The president has a good reason to worry, as the Centers for Disease Control and Prevention (CDC) reported that opioid overdoses rose 30% in the United States from July 2016 to September 2017. The number is expected to rise this year.

In response to this public health crisis, Congress may move forward with bills aimed at lessening the hold of the nation's destructive addiction to opioids. Some bills propose:

The Senate is also working on a few bills to address the opioid epidemic. There is a focus on:

Many states have programs in place to handle this epidemic. These include prescription drug monitoring programs and limiting the amount of prescription pain killers a patient can be given. Solutions to the opioid crisis can also come from the medical community, doctors, treatment centers and families of those dealing with addiction.  In the state of Louisiana, officials and lawmakers continue to find ways to decrease the rate of opioid prescription. Policy changes included that of Medicaid, which began to limit prescriptions for patients, including limiting the dose amount. In addition, there are programs that educate the public about the dangers of opioid addiction and provide resources for those who suffer from opioid addiction.

Have you sustained an injury caused by prescription drugs? Contact the attorneys at Martzell, Bickford, and Centola. We're committed to holding the negligent party responsible for your actions and work to get you compensation for your medical costs.