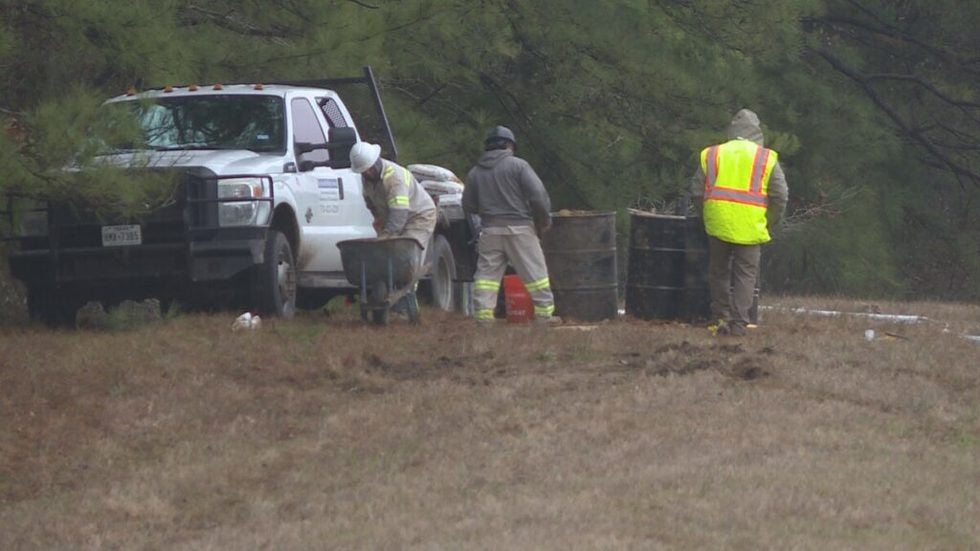 A Rapides Parish resident is suing Baker Hughes, Inc., the successor-in-interest for Dresser, Inc. after TCE contamination from the old Dresser Facility outside of Pineville was found in nearby neighborhoods.

In Michael Wahlder v. Baker Hughes, Inc. and Derek Descant, the Wahlder claims that TCE contamination on his property was “182 times above the detection limit.”

The petition was filed in the 9th Judicial District Court in Rapides Parish.

Wahlder is being represented by his son, Alexandria attorney Tommy Wahlder, and Lawrence Centola, a New Orleans environmental attorney. They filed five counts against Baker Hughes, Inc. including negligence, trespass, strict liability, negligence per se, and violating the Louisiana Groundwater Act. Derek Descant is also listed in the petition, it said he was the “Environmental, Health, and Safety manager for Dresser from at least 2012 to 2014.”

Earlier this year, the Louisiana Department of Environmental Quality (LDEQ) said it was testing contamination from the Dresser, LLC facility that may impact local residents. LDEQ said the area specifically impacted extends from the industrial property to the east shoulder of Service Road East (Austin Dr.) in the vicinity of the residential development east of Hwy. 167, including the Aurora Park Subdivision area. Those are areas outside of Pineville City limits.

In a release from the Louisiana DEQ to local residents obtained by News Channel 5, it read, "environmental contamination has been detected in the vicinity of your property or residence." The release said the main contaminant is trichloroethene, also known as trichloroethylene. They said they have indicated an elevated soil gas concentration and groundwater contamination.

Trichloroethylene is a colorless, volatile liquid that is non-flammable and has a sweet odor. Exposure to moderate amounts may cause headaches, dizziness, sleepiness; large amounts may cause coma and even death. LDEQ said there is strong evidence exposure could lead to cancer. The Dept. of Health and Human Services considers trichloroethylene to be a human carcinogen.

In the release to residents, LDEQ said, "your drinking water is obtained from Rapides Parish Water Works District 3 and is safe." They also said no outdoor air contamination has been detected.

LDEQ said they have found no evidence of exposure to the public.

In the petition Wahlder claims Dresser was negligent when it caused the spill and failed to contain it. The petition also claims the company failed to design a remediation plan. Wahlder is asking for economic and compensatory damages, remediation of land, past and future medical monitoring and other compensation.

LDEQ said soil gas sampling is being conducted. They said they have also been doing sampling of indoor air in some residences to determine if the contaminant is present in area homes.

Earlier this year, LDEQ said Dresser initiated two remediation processes including installing wells and conducting a pilot test to treat soil by removing gas. Dresser also injected chemicals into the groundwater to break down the contaminants starting back in June 2018.

Also, a public meeting with LDEQ that was scheduled for March 26 was postponed due to the COVID-19 pandemic.

"Michael Wahlder, who owns property in Rapides and Grant Parishes, filed suit yesterday for damages arising out of an ongoing ground water contamination caused by a toxic plume of Trichloroethylene (TCE). TCE is a known cancer-causing chemical. Unknown to Wahlder and apparently also unknown to surrounding property owners, an industrial spill in 2012 caused TCE to enter the ground water at the Dresser Industries plant on the Shreveport Hwy in Pineville, Louisiana. The Louisiana DEQ recently notified landowners north of the plant, including Mr. Wahlder, that the toxic plume of chemicals in the ground water was migrating north from the plant site only some 30 feet below the surface. Wahlder's property is about a half mile north of the plant. Despite several years of efforts by Baker Hughes, the successor of Dresser, to mitigate and clean up the spill, the plume continues to move north at an alarming rate and threatens to contaminate more and more property. In addition, Baker Hughes and its contractor are monitoring for TCE vapor inside residences. Wahlder has sued for damages to his property and loss of present and future use."