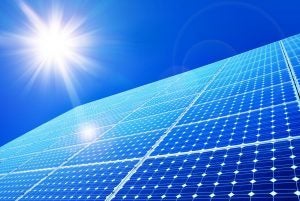 Martzell, Bickford & Centola, along with Breazeale, Sachse & Wilson and the Gould Law Firm, filed a class action lawsuit against the Louisiana Department of Revenue for the failure to pay solar credits to over a thousand Louisiana residents who qualified for the tax credit.

Before June 2015, thousands of Louisiana residents purchased solar panels and were promised a state tax credit equal to 50% of the purchase price. However, in June 2015 the Louisiana Legislature decided to retroactively cap the solar tax credit at $25,000,000.00. The credits were paid on a first come, first served basis of tax returns filed.

Prior to June 19 2015, there was no cap there was no cap on the solar credits. The end result of this misguided legislation was that over one thousand Louisiana residents were denied income tax refunds which they were entitled to.

The attorneys of Martzell, Bickford & Centola, along with Breazeale, Sachse & Wilson and the Gould Law Firm, are fighting to have the June 2015 legislation deemed unconstitutional and for Louisiana residents to receive the solar energy income tax credits which are rightfully theirs.

If you or someone you know purchased and installed residential solar panels prior to June 19, 2015 and were denied a solar energy income tax credit, please call Larry J. Centola, III or Jason Z. Landry at (504) 581-9065.

For more on this story view the news article here - http://www.wwltv.com/mb/news/investigations/solar-customers-sue-louisiana-over-tax-credits/317347198