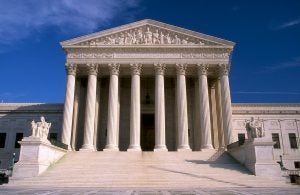 Martzell Bickford & Centola is currently screening Taxotere (docetaxel) cases. Taxotere, a chemotherapy drug used to treat breast cancer, has been linked to permanent hair loss. Approximately 9 percent of breast cancer survivors who took Taxotere have suffered alopecia for a decade or more. Sanofi, the manufacturer of Taxotere, has been alleged to have known of this side effect but failed to warn patients and even healthcare providers.

Each year, 300,000 women are diagnosed with breast cancer. Taxotere is now the most prescribed drug in its class to treat breast cancer patients simply because of its convenient dosing schedule. Rather than being administered once per week like competitor drugs such as paclitaxel, Taxotere is given once every three weeks.

Hair loss is one of the most common side effects of chemotherapy and is typically expected by patients. However, women who underwent treatment with Taxotere did not prepare themselves for their hair loss to be permanent as they were not warned that this could be the case. Had Santori informed its patients what Santori knew about Taxotere and permanent hair loss, patients could have made an informed decision whether they wanted to follow a safer weekly regimen, or a riskier Taxotere regimen.

For many patients, the prospect of spending the rest of their lives bald has been devastating to their self-esteem and general quality of life, reaching well beyond the realm of cosmetic concerns. Breast cancer survivors deserved better from Santori and Taxotere.

If you have believe you may have suffered permanent hair loss from Taxotere, give the lawyers at Martzell, Bickford & Centola a call today for a complimentary consultation. (504) 581-9065