Why Was a Young Tourist Detained in the French Quarter? 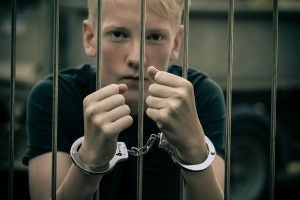 A Ball State University professor led a field trip to New Orleans. In addition to his students, his 18-year-old son also accompanied the group. They arrived at the French Quarter, but the son and father got separated. What happened next proves why it is important for tourists to be ready to face criminal charges here in New Orleans.

Was a Young Tourist Detained Without Cause?

After being separated from the group, the young man pulled out his iPhone and called his father. They were trying to meet up when three uniformed troopers abruptly detained the teenager and confiscated his cellphone. According to troopers, the teen matched the description of a person who was shadowing an undercover drug operation.

The officers arrested the teen, searched him to confirm his identity and then tried to take a picture of him. The teen refused to have his picture taken, and in that moment tussled with troopers as they forcibly took a picture. Troopers would go on to charge him with battery of an officer after the scuffle, but those charges were eventually dropped.

After a high-profile shooting in 2014, Louisiana State Police were called in to help the New Orleans Police Department patrol Bourbon Street. Since then, troopers have been accused of being overaggressive in their tactics. Troopers have also been accused of racial profiling due to their nonadherence to the NOPD's consent decree, which prevents NOPD officers from stopping a person without a “reasonable suspicion”.

The young man in this case was fortunate to have the charges against him dropped. And though his charges of racial profiling were dismissed, a Louisiana court did later find that the officers should have released the teen as soon as he was identified. This case proves how even tourists need to have the legal protection of an experienced criminal defense attorney when visiting New Orleans. For more info on how to protect yourself from criminal charges, keep following the Martzell, Bickford & Centola Criminal Law Blog.