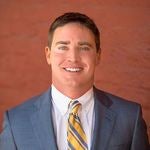 Earlier in his career, Spencer managed the firm's “welding fume” docket as his firm pursued recovery on behalf of hundreds of welders who sustained toxic exposures to manganese. Together with Scott Bickford, Spencer litigated the very first case selected from among thousands to go to trial in the Welding Fume MDL in Cleveland, and the very first welding fume cases to go to trial in Louisiana. Spencer also managed the firm's thimerosal docket, achieving then-unprecedented procedural victories on behalf of victims of mercury poisoning across the State.

Along with Scott Bickford, Spencer currently represents several large governmental landowners in their claims against BP arising from the Deepwater Horizon explosion.

Spencer is a strong believer in the importance of pro bono work. He recently served as local counsel for Lambda Legal in groundbreaking civil rights litigation and has also served on the boards of several local non-profits. Spencer was honored to give two continuing legal education courses to lawyers on both ethics and personal injury litigation in 2015.

He is a New Orleans native and a graduate of Tulane Law School.