Could that Call from Jail Break Your Attorney-Client Confidentiality? 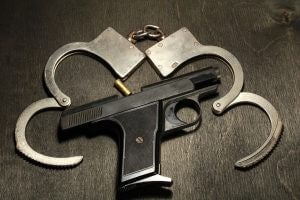 Here in the United States, everyone has the right to attorney-client confidentiality. Did you know that some phone conversations may not fall under that protection? Here in Louisiana, some jails have figured out a way around attorney-client confidentiality. And if you aren't careful, you could find your own words used against you in the court of law.

Could Louisiana Jails Be Monitoring Your Phone Conversations?

A man being held by the Orleans Parish Sheriff's office on drug paraphernalia charges made a call to his lawyer while incarcerated. When his lawyer answered the phone, the two began to discuss the case against him, thinking that their conversation fell under attorney-client confidentiality. However, they were wrong.

The Orleans Parish Sheriff's Office was recording this conversation, and when the man's case went to trial, prosecutors used his own words to convict him. But how could parish officials get away with recording a conversation that was seemingly protected by attorney client confidentiality?

In order for a person to have a confidential conversation with an attorney while using the phone in a New Orleans jail, that attorney must have a registered landline. If the inmate calls his attorney's cellphone instead, then authorities can record the conversation and potentially use that recording as evidence. This poses a serious threat to attorney-client privilege considering that most criminal defense attorneys use a cellphone as their primary contact point.

Often, the only warning that their conversation is being recorded comes from a disclaimer that plays at the beginning of every call placed from an inmate in Orleans Parish. That message says that calls may be monitored, and is often glossed over by people desperate to get their defense started.

For more info about protecting yourself and your loved ones when facing criminal charges, keep following the criminal defense attorneys at Martzell, Bickford & Centola.