How Can a Late-Night Fight Derail Young Lives? 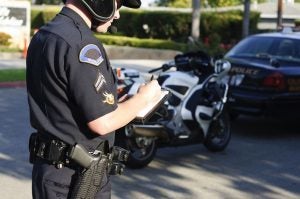 New Orleans is known for being a center of partying, revelry and fun, but sometimes fun can get out of hand, especially late at night. This reality often catches young people by surprise when they look for a good time in the big easy. However, if they are not careful, they could end up paying a price far greater than they ever imagined.

Paying the Price for a Late-Night Fight

Local school, Holy Cross, had just scored a big victory in a football game when a couple of its players decided to celebrate on Bourbon Street. The 18-year-olds were having fun and partied late into the night, and then the fun ended at 4:10 am. That's when New Orleans police broke up a fight. The Holy Cross students were not on the scene when police arrived, but after another altercation report and a canvassing of the area, police found and arrested both Holy Cross students. These boys now face second-degree and simple battery charges, and they are not the only young men to face a situation like this.

During Mardi Gras in 2017, a young college student was invited to a frat party by a friend who was a member of the fraternity. However, the man ran afoul of other members of the fraternity, who ganged up on him and began to beat the college student. The young man's friend soon came to his aid, but not before the college student had suffered a fractured jaw. The four fraternity brothers involved in this case were later charged with second-degree battery, though it was almost a year after the beating when charges were filed.

In both of these cases, young men are facing charges that could land them in jail for up to eight years along with a $2,000 fine. This could ruin their college careers, and destroy their futures, but they still have a chance to learn from their arrests and come out okay on the other side.

Here in Louisiana there are diversionary programs for first time offenders that may help preempt the filing of charges. This can prevent jail time and keep some of these young men from derailing their futures. However, at least one of the Holy Cross students has participated in such a program due to a previous arrest for second-degree battery. In cases of offenders who have already participated in diversion programs for a similar crime, the court is often unsympathetic. A skilled attorney may be able to talk prosecutors into filing lesser charges, but the consequences of this second offense could carry a high price.

When dealing with youthful overexuberance, it is important to get the right representation to prevent a young man's mistake from ruining his future. There are options for young people who have gone a little too far and are now facing their first brush with the law. The only question is, are you looking in the right place for the legal representation that they need?