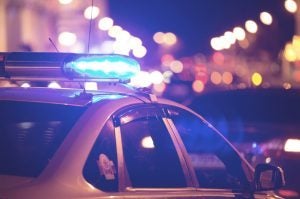 Do you know who Robert Kelley is? A former running back for Tulane, Kelley now plays for the Washington Redskins and is an accomplished player in the National Football League. However, did you know his NFL career almost ended before it began? Here's the story of how one criminal accusation almost ruined a hard-earned athletic career.

His family had lost almost everything in Hurricane Katrina, so when Robert Kelley signed on to play football at Tulane University, things were looking up. In 2012, he ran a team high of 286 rushing yards and scored four touchdowns. By the time his senior year rolled around, he was a strong member of Tulane's offense, but a night at a bar almost derailed everything he had worked for.

A fellow Tulane student accused Kelley and several other Green Wave players of attacking him and stealing his bicycle. The police arrested Kelley, and he and his family retained the services of Martzell, Bickford & Centola to help them face the criminal charges that threatened to ruin Robert's career. He was immediately placed on suspension by Tulane as the 2014 football season started. Tulane suffered a 1-3 start.

After putting in hard work in the court room, Orleans Parish prosecutors finally dropped the charges against Kelley in early October. However, the running back would not get to play the rest of the 2014 season due to academic ineligibility. Luckily, he qualified for a redshirt and was able to play a fifth season. This allowed him to wrap up his college athletic career, but a lot of damage had been done to his prospects.

During the 2016 NFL Draft, every team in the league passed on drafting Kelley. Fortunately, the Washington Redskins decided to take a chance on him, and he was signed as an undrafted free agent. Since then, he has scored nine rushing touchdowns and one receiving touchdown while playing for Washington. Though he struggled with an injury in the 2017 season, Kelley's prospects are looking bright, which would never have happened if he wasn't able to face down the charges leveled against him in 2014.