Why Was Another Student Arrested for Terrorizing? 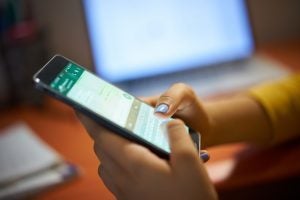 Another school shooting has captured national headlines and stirred a national debate that will continue for years to come. Here in Louisiana, law enforcement not only braces for potential copy cat crimes, but from the increase in terroristic threats that usually follow events like this. However, many young people don't realize the gravity making a terroristic threat has, and that could leave many parents in a horrible situation.

After the shooting in Parkland, Florida, schools all across the state of Louisiana received threats of violence against their campuses and against their individual students. Most of these threats were pranks or students claiming to have a bad day, but authorities did not take those threats lightly. Over 100 threats against Louisiana schools were reported in the weeks following the Florida shooting. Now that another shooting near Houston, Texas has brought the national conversation back to this topic, more threats may be sent.

All of these youths are now facing serious charges that could result in a maximum of 15 years in prison and a $15,000 fine. If social media was involved, these charges could even include federal charges of threatening interstate communications. Such charges could cripple a young person's opportunities to get into college or to find future employment, yet many still make these threats thinking they are making a harmless joke or social commentary. Parents are now trying to get their teenagers to understand that these threats have consequences that could affect their lives for years to come.

When a child makes a terrorizing threat, it becomes vital that parents consult a criminal attorney right away. Facing these serious charges without proper legal counsel could lead youths to saying things to authorities that could worsen their situation and consequences. This must be avoided, if these children have a hope of building a future.