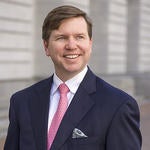 Mr. Lawrence J. Centola, a principal of Martzell, Bickford & Centola, focuses on class actions, products liability including asbestos, and mass torts. Mr. Centola is class counsel in the Bayou Corne sinkhole lawsuit and has been named class counsel in class actions across the state. Mr. Centola has tried numerous cases to verdict across Louisiana including a recent asbestos trial resulting in a 7 figure verdict. In 2016, Mr. Centola was listed as one of the Top 50 attorneys in Louisiana by Superlawyers magazine. Mr. Centola lectures at Continuing Legal Education courses on class actions, ethics, and professionalism. Mr. Centola received his law degree from Louisiana State University in 2001 and his undergraduate degree from Louisiana State University in 1998. Mr. Centola served as the LSU Student Body President for the 1997-98 academic year and currently serves on the LSU Law Center Young Alumni Council. Mr. Centola is a past Chairman of the Louisiana State Bar Association – Young Lawyers Section, he serves on the Executive Board of Directors for the New Orleans Chapter of the Federal Bar Association, and he is an active member of the Louisiana Association for Justice. Mr. Centola is the 2008 recipient of the Sandra Day O'Conner Award for Professional Service, awarded by the national American Inns of Court to one young lawyer each year for excellence in pro bono activities. In 2013, Mr. Centola won the President's Award from the Louisiana Association for Justice for dedicated service in the legal profession. Additionally, Mr. Centola has been recognized for his achievements in client satisfaction for two consecutive years (2015-2016), named one of the 10 Best Personal Injury Attorneys in Louisiana by the American Institute of Personal Injury Attorneys. 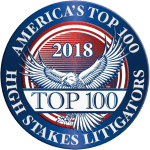